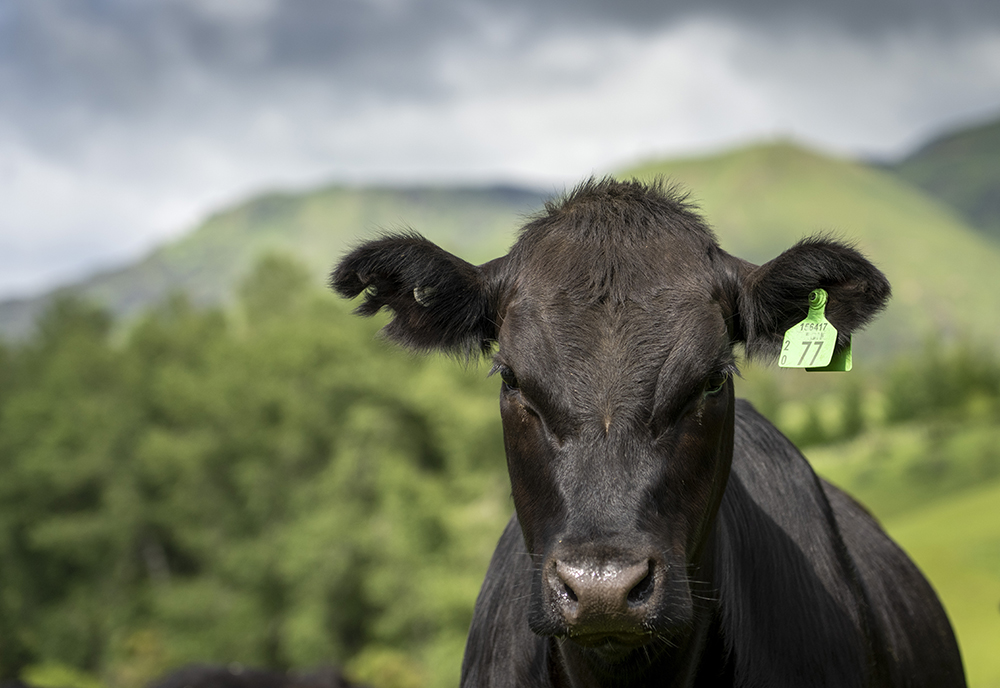 Mg is very “busy” stuff working hard inside the cow. Mg is needed by the cow for involvement in the activity of 300 + or more enzymes around the body. Energy and protein metabolism, helping the cow maintain normal calcium levels in the blood and keeping muscles and nerve transmission working well are all really important functions of Mg. No wonder if a cow runs short of Mg that she can end up in a heap of trouble.

What do cows do when their diet is low in magnesium?

Though our cows hold a lot of Mg in their bones, unlike with calcium, cows can’t / won’t strip Mg out of their bones when they run into a short-term deficit of Mg. Instead they rely on just the tiny amounts of Mg that are available to them in blood and soft tissues – and there’s very little of these reserves a cow can call on when she’s running short of Mg.

Grass tetany/Grass staggers. This condition is when cows have seizures and thrash on the ground, become really aggressive with a loud, pounding heartbeat, or sometimes are just found dead on the race or in the paddock with a mouthful of fresh grass in their mouths (likely from a heart attack).

Why do we see most Mg challenges in spring calving cows in July/August/September?

Weather through this time of year is a factor that increases risk of low blood Mg in cows. Cold southerly storms mean cows turn their backs / bums to the wind and don’t eat as much pasture – creating a deficient of all nutrients, not just Mg. Utilisation of pastures and supplementary feeds offered in the paddock is reduced with wet, puggy conditions underfoot. Stress of storms on cows is massive too – with wind chill and cold increasing risk of cows going down with metabolic disease.

Lactation certainly has a lot to answer for – although there’s not a huge amount of Mg in milk (a fixed amount of around 0.12 – 0.15g/L of milk and around 0.4g/L in colostrum), higher producing cows that are pumping bigger volumes of milk will be at greater risk of Mg deficiency (along with calcium, phosphorus and energy deficiency too). Today’s handy fact – 7 litres of milk removes the same amount of magnesium as what floats around in blood of a cow!

Much of the risk of Mg deficiency reflects other stuff happening to the cow during and after calving. Cows often aren’t eating to appetite for the first few days or weeks after calving (hormones, sub-clinical hypocalcaemia and ketosis) – meaning she’s not eating enough of all nutrients (including Mg) to meet her demands. So, getting cows to eat as much as they can during early lactation helps with Mg challenges.

Pastures have a lot to answer for with Mg challenges at this time of year.

What’s the big deal with lush, leafy pasture and Mg problems in cows?

Only 7 to 35% of dietary Mg ends up in the blood of cows. Efficiency of absorption is particularly poor in late winter / early spring when pastures start to “wake up” after winter and regrow

High potassium (K): K is the real ‘bad guy’ when it comes to inefficient absorption of Mg in the rumen, especially when the diet contains low levels of sodium (Na).

How to get it into them?

I cringe as I write this cos the outcome will be ugly!!

In a beef situation we can rectify most of the problems by choosing an appropriate calving date when we know feed supply will usually be available to calve on and the soil temperatures are in the range where plants will be uptaking more magnesium and it will be better absorbed in the rumen.

In Australia over the last month they have had major issues with grass staggers in the autumn calving cows as the high rainfall, cooler temperatures and a short supply of mature grass has seen NSW and Victoria having significant deaths in beef cow herds.