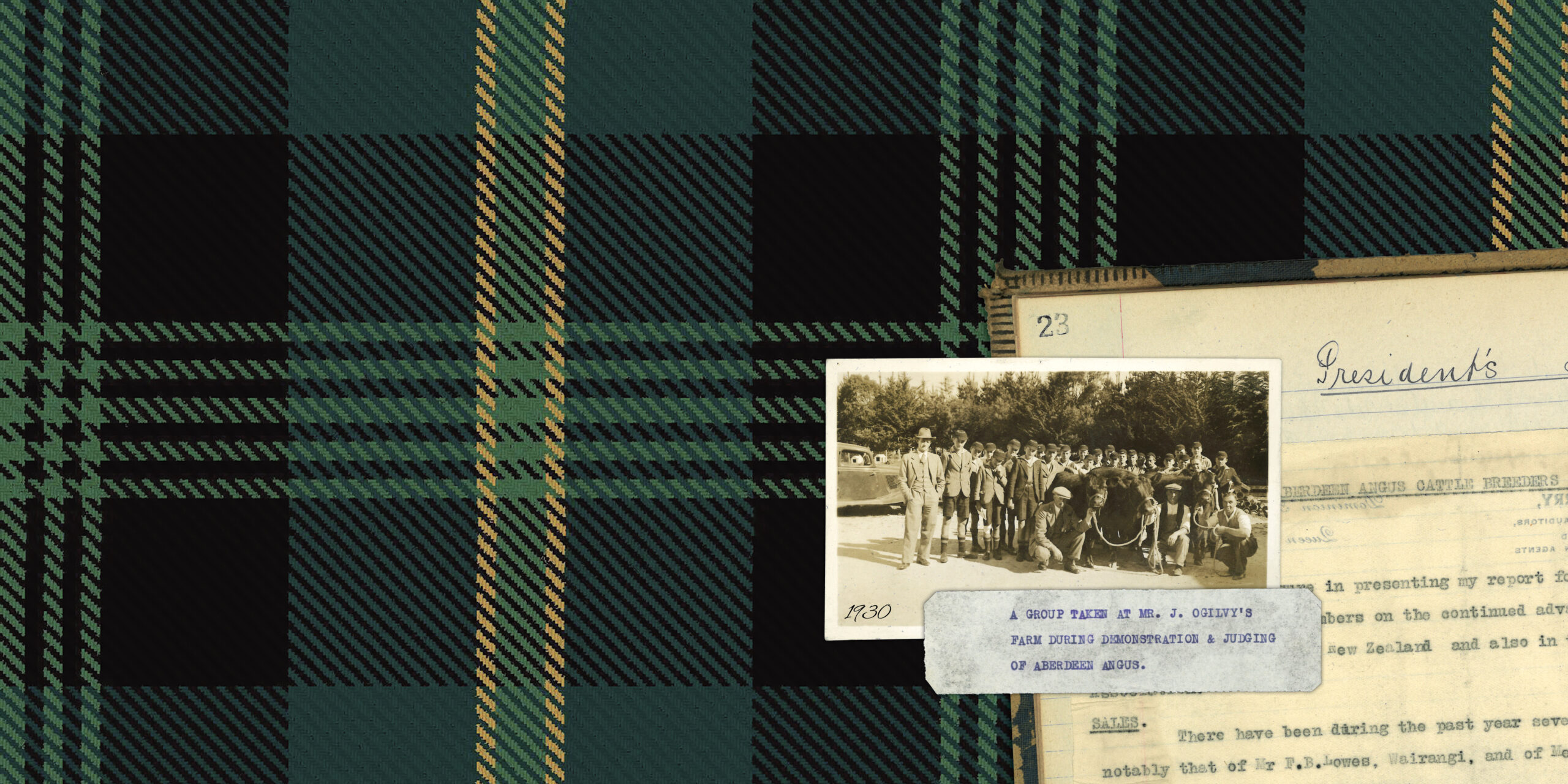 Angus are the oldest breed of beef cattle in Europe, recorded in Great Britain since the 15th century.

In 1863 the breed arrived in Otago, imported from Scotland by the Australian Land Company. Herds were increased through breeding supplemented by additional imports, and many of today’s most successful studs can trace pedigrees back to those early years. Initially used to help break-in rough country, the hardiness and adaptability of Angus cattle (and their owners!) allowed them to thrive in the New Zealand environment.

In 1916, the New Zealand Aberdeen Angus Cattle Breeders Association was formed and pedigree registration began in earnest. Breeding cow numbers have today risen from the handful of small founding herds in excess of 25,000 registered Angus cattle. In 1970, the Association’s name was changed to the New Zealand Angus Association Inc., reflecting the unique characteristics generated by a century of selectively breeding for local conditions and locally desirable traits – with the ultimate confirmation of success coming when breeders from Scotland began importing New Zealand Angus genetics back into their own herds.

Today, as AngusNZ pursues a strategy based on balance in breeding, Angus is very much a Kiwi success story, building on the legacy of previous industry initiatives, such as Beef Expo and the Steak of Origin competition, which was last held in 2018. Both the Expo and the Steak of Origin created profile for a number of leading Angus breeders. Twelve of the Grand Champions over the 17 years of the event were pure Angus or Angus-cross.