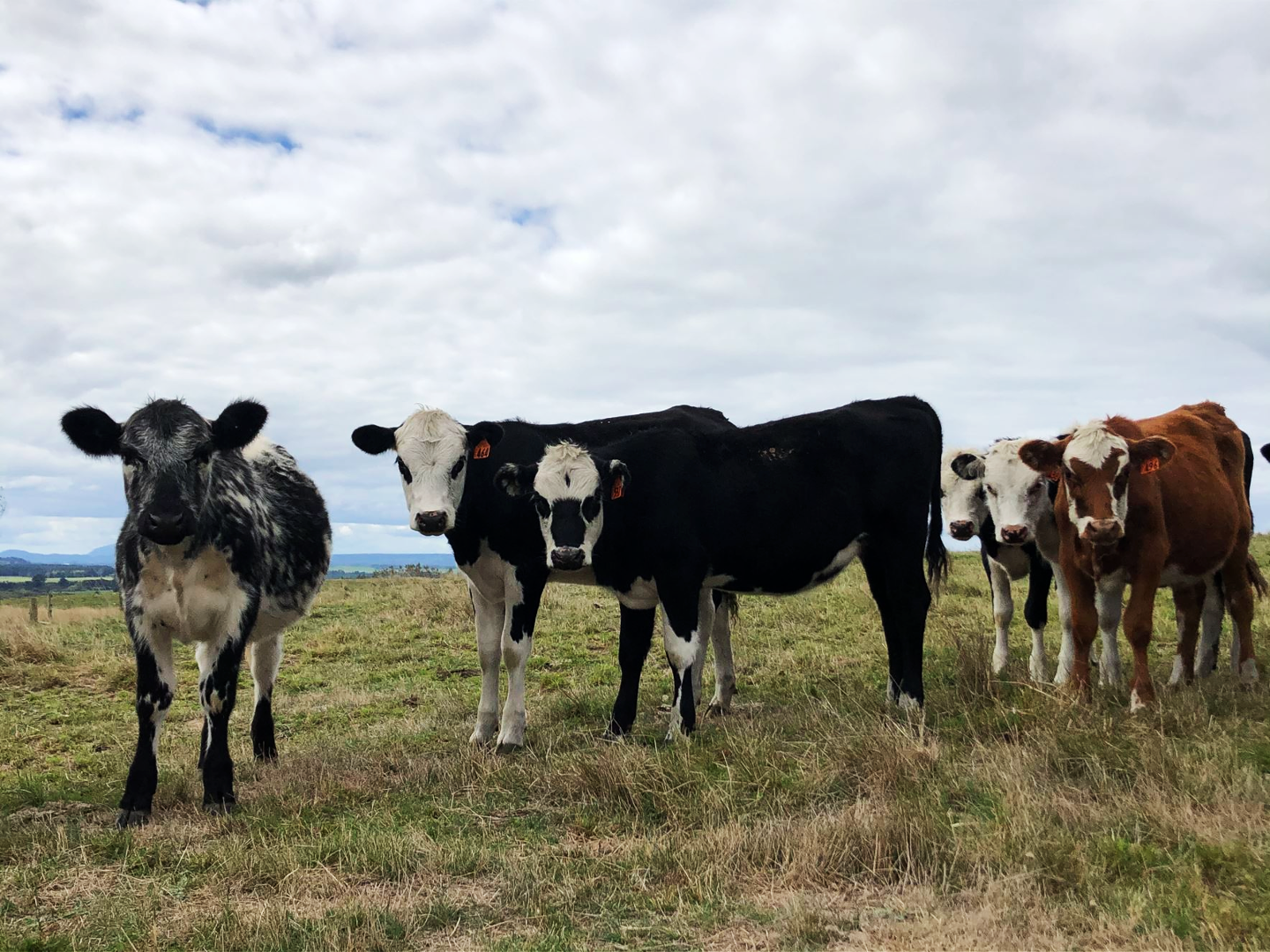 This was one of conclusions in a recent report based on the outcomes of Beef + Lamb New Zealand Genetics’ Dairy Beef Progeny Test. Written by farm consultant Bob Thomson, the report summarises the findings of a whole-farm modelling process, where the progeny of the highest-ranked beef bulls from the Dairy Beef Progeny Test (DBPT) were compared with the progeny of average bulls.

These showed a 15 per cent growth advantage at 400 and 600-days compared to the average bulls. This would improve gross margin returns by between $211 and $261/ha and improve feed conversion efficiency by 9 per cent. This in turn would reduce greenhouse gas emissions.

The modelling demonstrated that when the top 10-15 per cent of DBPT bulls for marbling (intramuscular fat) were compared with the average DBPT bulls there was a 27 per cent improvement. This correlated with an increase in the strike rate with beef quality supply programmes, although with a price premium of 30c/kg CW, this increased the gross margin by up to another $51/ha.

The modelling also compared one and two winter finishing policies and highlighted clear advantages and disadvantages to both. The ranking of DBPT bulls did not change between the two policies.

The disadvantage was in lighter carcase weights (160-220kg CW) when processed between November and February. These weights were outside targeted beef grading and associated payment schedules.

Building a connection between dairy farmer and finisher

The report noted a disconnect between dairy farmers and beef finishers and the advantages for both parties to address this.

Working with a dairy farmer who is investing in superior beef genetics gives the finisher the opportunity to benefit from significantly improved growth rates and carcase attributes.

The report states that this disconnect has come about because finishers tend to prefer to buy dairy beef spring-born weaners in autumn rather than rear them over summer. In drought years, when this is most apparent, there is little difference in the price between autumn and spring calves.

Dairy farmers producing high-quality calves often felt frustrated with variable and inconsistent demand from beef finishers, irrespective of whether they are four to five-day old weaners or 100-kilogram weaners.

The purpose of the DBPT is to identify high genetic merit beef bulls that benefit both dairy and beef farmers. Over the course of the programme, detailed and comprehensive phenotypic data has and continues to be collected, analysed and reported for a range of traits including gestation length, calving ease, growth rates, carcase weight and carcase quality.

The trial includes a number of beef breeds with around 20 new bulls being progeny-tested every year. In 2019, B+LNZ entered into partnership with LIC (which helps fund the test) to ensure dairy farmers have access to the best bulls coming through the progeny test.

You can read the full report here.