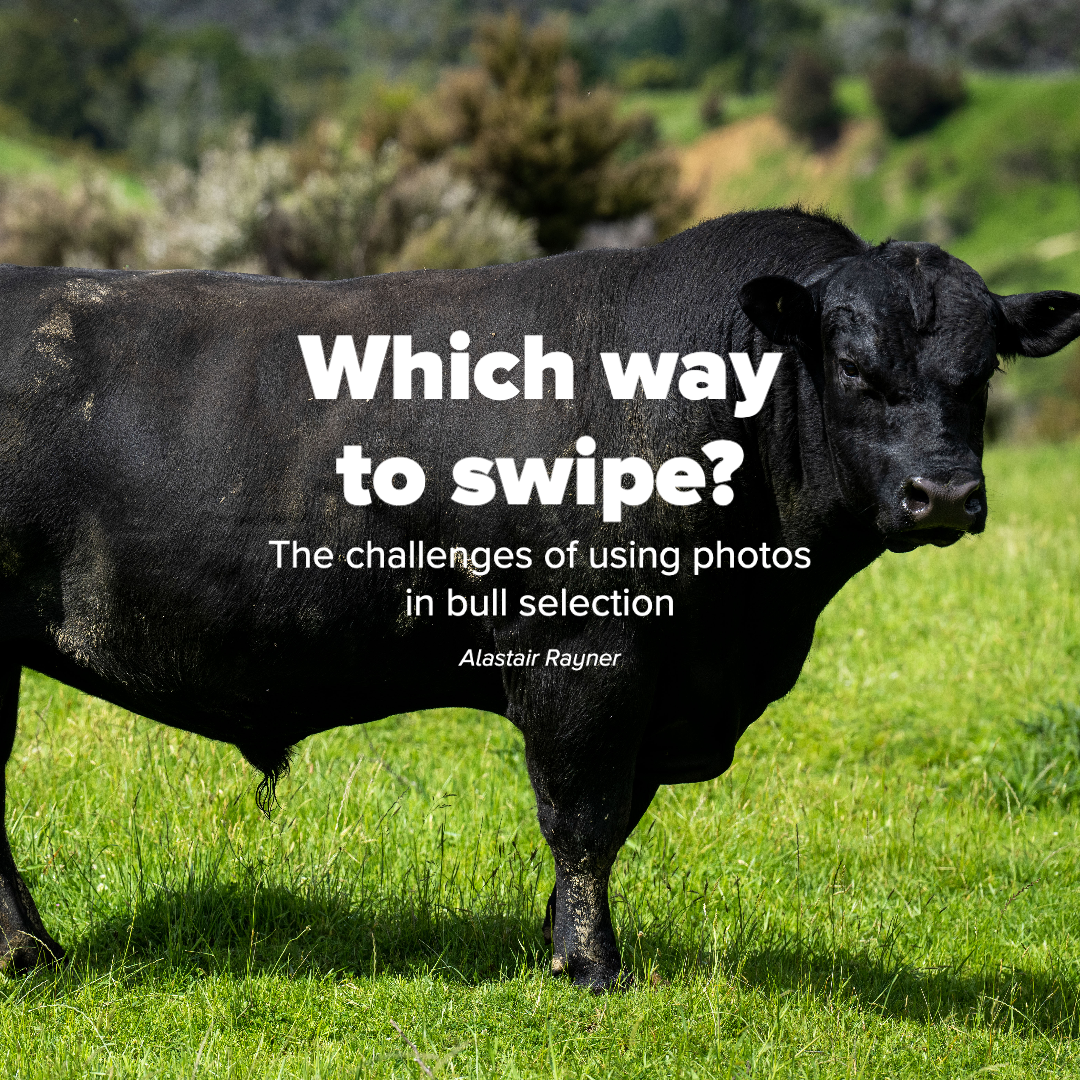 At a recent bull selection workshop I attended, a participant told me that looking at photos of sale bulls was often like “looking at pictures on Tinder”. His point was that the photos provided didn’t always match reality.

Providing images of sale bulls is now a common practice for almost all bull breeders. However there is a huge variation in the quality of images captured and presented for potential purchasers at sale time on websites, in ads, or in catalogues.

The ready availability of cameras, in the form of mobile phones, has seen an almost exponential increase in images captured and shared of bulls. These images have the potential to make or break a client’s decision to attend a sale or purchase a bull.

Producers looking at images should always keep in mind the point that a single image will not always capture the physical traits that are of importance to their breeding objectives. In many cases, photos should be used to form an opinion around the type of animals a breeder is offering.

By type, this refers to broader traits such as maturity patterns, muscle volume, or other more obvious physical traits. This can help determine the level of investment a producer could commit to ahead of a sale, particularly in setting aside time to visit the operation before sale-time to make more specific physical assessments.

The advent of video clips that are posted as part of online catalogues has also increased the opportunities for potential buyers to make closer inspections of physical traits, such as feet and legs as they watch animals walk.

Video images are more effective in assisting producers consider these traits than a single still image. It is often on the basis of video imagery that producers make their final decisions on undertaking a pre-sale inspection visit.

For commercial producers seeking bulls, photographs and videos should be used in the context of the first round of considerations that form part of a selection process. The photos may be the factor that determine which breeders will be visited. However, making a sale decision on the basis of a single image can lead to significant disappointment.

Photographs are an essential part of the process of creating awareness and interest in bulls offered for sale. As noted earlier, the exponential increase in photographs of bulls as a result of mobile phones has contributed to a wide variation in the quality of those images.

In many cases poor images have contributed to producers overlooking bulls which may actually be highly suitable for a breeding program. This by-passing is made by producers who use the image to choose to visit or not visit a breeder on the basis of the images presented.

As one of the publishers of Beef Central and an agricultural journalist for more than 40 years, Jon Condon has vast experience of the impact images can have on the perception of individual bulls and the programs that have bred them.

Aside from vetting hundreds of images used in advertising on Beef Central, for many years from the early 1980s Jon travelled across Northern and Central Queensland photographing bulls ahead of sales, as part of his job as a beef journalist.

“There are some basic points to consider ahead of photographing bulls” Jon said.  “Unfortunately, some people have either forgotten them, or never learned them, and the images they capture really let down what could be an otherwise very good animal.”

In a separate article published tonight (click here to access) Jon highlights the importance of prior preparation and making time to capture images for a catalogue.

“It’s not uncommon to leave the photographs to the last minute, when under pressure from the catalogue printer or graphic designer for delivery,” he said.

He suggests that the need to assess the image or even do a re-shoot can only be done if a producer leaves enough time.

As more breeders approach their sale dates, including some of these suggestions into their photography planning could be the difference between a good image and a great one that captures attention.  That difference may be all that is required to have a potential purchaser choosing to “swipe on the image” and visit ahead of sale.