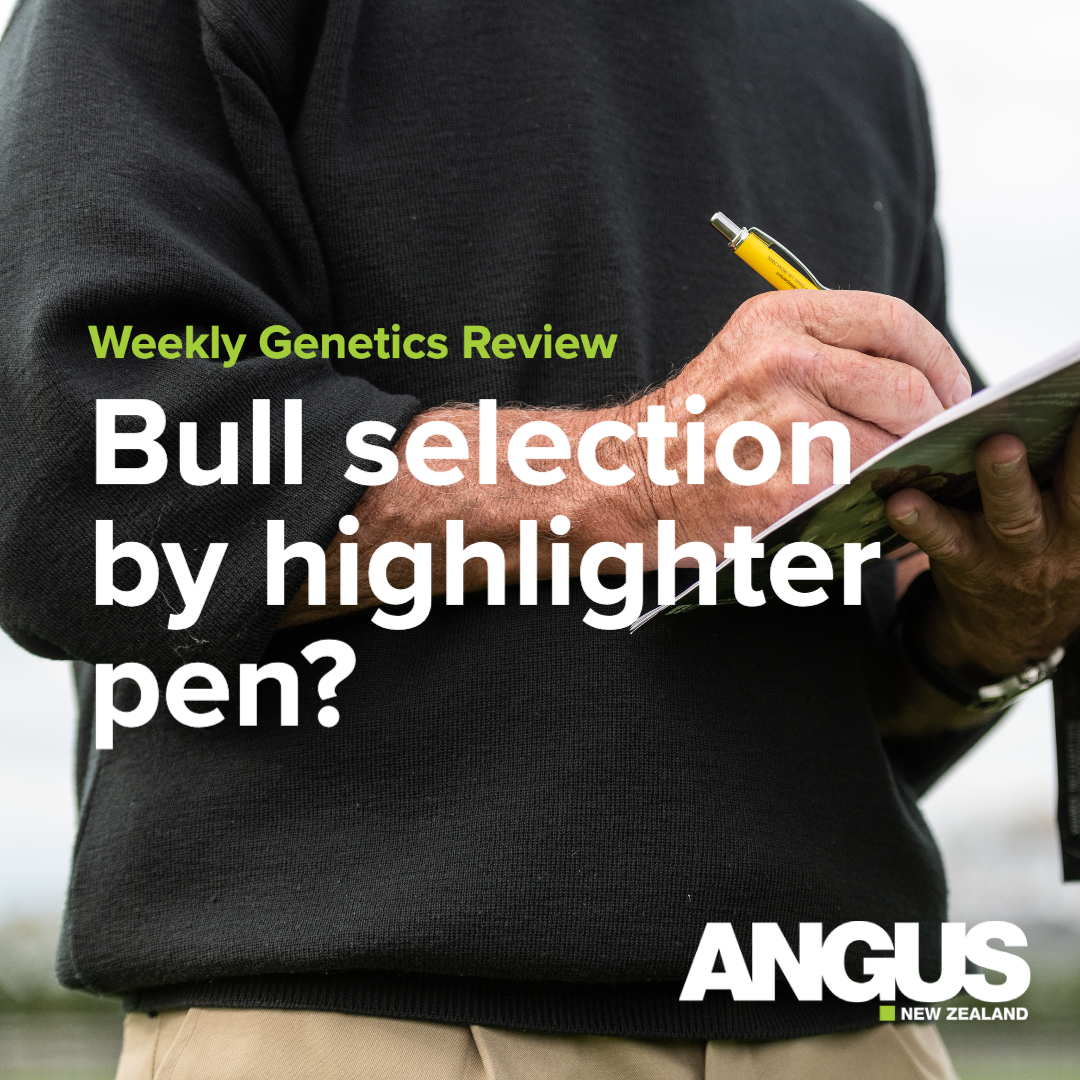 THIS year’s (Australian) autumn bull sales have lived up to expectation so far. The continued confidence in the beef sector has again been reinforced by high clearances and sale records.

As the prices remain high, many producers are again looking at how to make the best investment in sires.

One of the more challenging issues as an advisor is when producers seek advice based on the premise that they have to compromise on one of more desired traits in order to be competitive on bulls during the sale. In other words, how far down the list can they go?

Often these producers approach their sale selections using one or more fluro highlighter pens to rule in or out sires for consideration.

“While it is always recommended that pre-sale selection based on the information in the catalogue is essential, as with any task, there is often a better way”.

The level of information, particularly genetic information offered in sale catalogues is now extremely high. For many breeds, the range of EBVs easily surpasses ten or a dozen traits. In some breeds the number exceeds 15 separate traits.

All of these traits have importance in productive beef enterprises.  However, not all traits have the same level of influence in a herd’s progress or direction.

More challenging is the relationship between traits. There are both positive and negative relationships between and across traits. The complexity of these interactions is difficult to adequately address when making selection decisions around individual EBVs.  Most producers tend to fall back onto considering a few key traits that they feel most comfortable with.

In these cases, the highlighter pens are put across various traits, and some ranking decisions are made. This is the process that is perhaps the one most fraught with risk for producers in their decisions.

At a conceptual level, these influences are almost occurring at three different levels, and making the right decisions on sires suited to environment, market target and increasing production is well beyond the capacity of any highlighter.

In attempting to rank sires around a few traits, producers increase the risk of identifying sires that may be leaders in a few traits, but ultimately have less suitability for their program or direction.

Further compromising on traits to remain competitive tends to compound this risk – choosing a lesser animal that is still unsuited to the program only increase the chances of creating long-term issues.

Better ways to use the highlighter

The more appropriate or “better way” to apply the highlighter in the catalogue should start with consideration of the Breed Indexes.

Producers have often told me they don’t consider the breed index, as they don’t understand the reporting value ($) or the values aren’t applicable to them.  However, this attitude often prevents producers making much more considered and ultimately effective selections decisions.

In simplest terms, the indexes have considered the genetic influences and relationships that will contribute to more profitable animals being produced.

Some of those profits will be seen on farm (through increased weights; higher carcase payments for eating quality) or are part of the broader industry returns as animals go onto finishing programs or specialist processing lines.

While the focus of many is drawn to the potential increases in value, it’s easy to overlook the more important message of indexes.  That is, indexes are determined by firstly taking into account the amount of influence production traits have on a chosen markets profit driver’s.  In turn individual EBVs are given a weighting to reflect their interaction ad influence on the expression of those traits in the production environment.

This can explain why animals that have lower EBV values for some traits, can still be above breed average for a chosen index. Quite simply the animal’s total combination of genetic merit places him higher in value for future breeding for that market than a bull who may be a leader in one or two traits but when assessed as a whole, has less overall merit.

As an example, the weighting of EBVs used to create the Hereford Southern Self Replacing Index can be seen in Table 1 below.

Not all indexes have the same weightings.  And all breeds will have different indexes suitable for production systems and environments.

A good example of the difference is to consider that in the Table for Southern Self Replacing Herefords, the weighting given to 600-day weight is 25pc.  In the Northern Self replacing Index, that weighting is 7pc lower at 18pc.  The reason reflects environmental constraints.

Making indexes the first point of the pre-sale selection process, is a better way to work through a catalogue.

Choosing the index most suited to a producer’s environment and program is the first step.  Looking through the bulls and using the highlighter to rank the top ten in the sale for that index is a better way.  If there is a need to rank on traits, it should be done within the selected group, not the entire sale draft.  This ensures bulls best suited are the ones to be inspected and hopefully purchased.

More importantly, basing the first selection draft on indexes, means that producers are not compromising progress based on one or two traits, in order to remain competitive at a sale.  There will be greater chance to find bulls in the index ranges that will contribute to herd progress, without necessarily having to risk compromising overall herd direction.