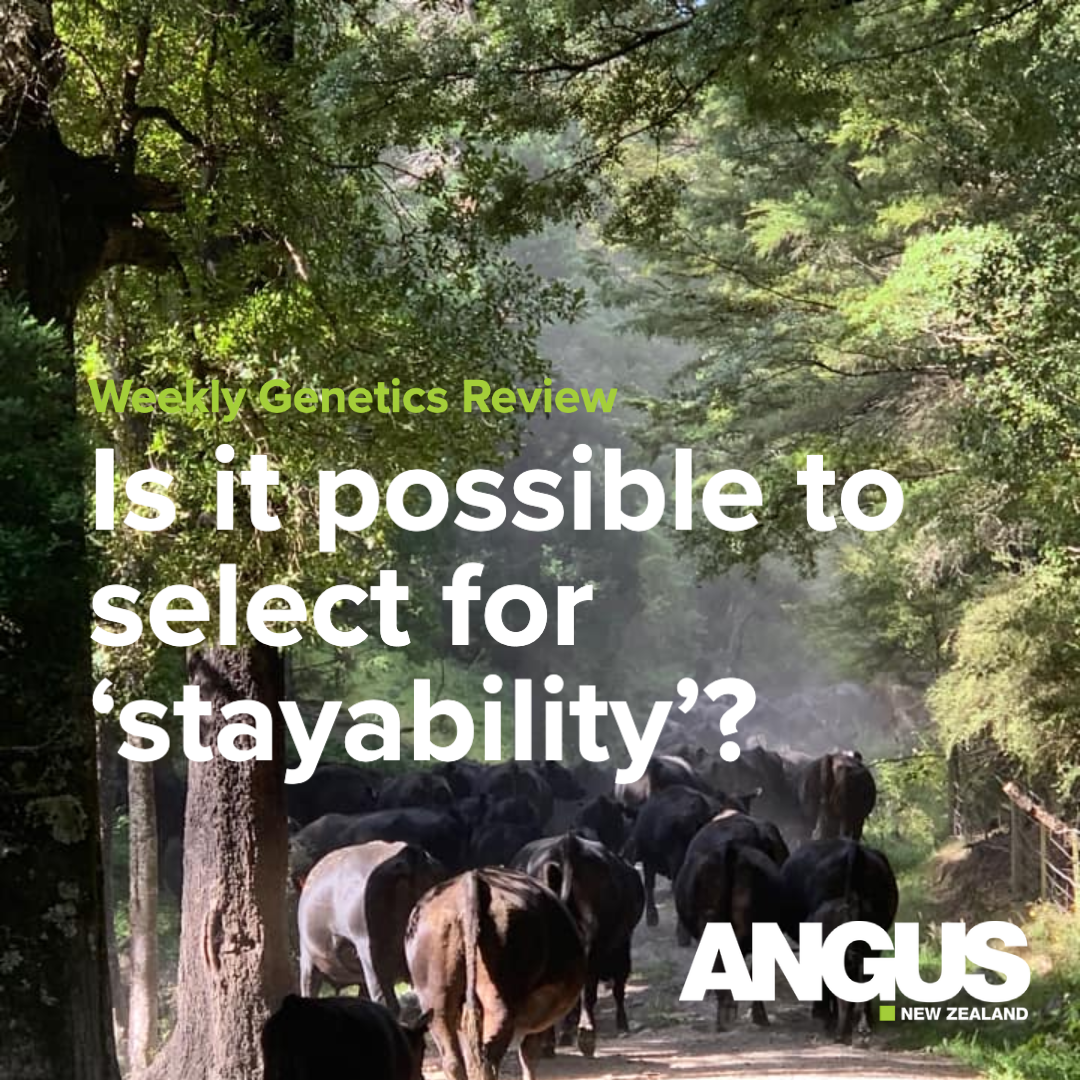 LIFETIME productivity of cows is one of the major drivers of enterprise profitability – however there is a difference between longevity and lifetime profitability.

Longevity is often the description placed around a cow’s age and time in a herd. It’s generally influenced by physical traits, such as teeth, feet, and legs. Selection for structural soundness will underpin and support a herd’s longevity.

However, longevity without production is less desirable. A cow should pay her way, and this requires her to produce a calf each year. In practical terms, this means a cow should produce enough calves to both offset the cost taken to grow her to first joining and then for annual maintenance, before generating a profit.

Cows that fail to meet this basic expectation are less profitable and reduce the overall productivity and profitability of a herd.

Lifetime productivity is described by some people in the industry as ‘stayability’. This is a term used frequently in the US and is becoming more common in Australian production.

In the intensive production environments of the measurement of stayability is considered to be the production of five calves by six years of age. At this point it is considered that the breakeven has been reached, and additional calves generate profit for the enterprise.

The challenge is to consider a measurement of stayability for more challenging environments and extensive production systems.

This question was addressed in a recent paper delivered at the AAAGB Conference in Adelaide. The paper delivered by Dr Bailey Engle from the US, Prof Ben Hayes of the University of Queensland and Alf Collins (Sr) from Belah Valley Brahman Stud in Central Queensland. The trio suggested an appropriate measure of stayability for these regions could be considered as raising four calves by six years of age.

Stayability should be a key focus for producers, according to Dr Engle.

“One of the greatest opportunities is to look to select those females which at an early age are more likely to meet the benchmark for stayability, and therefore go on to be a more profitably animal in the herd. Losing those cows from the system before they are five or six can be very costly” she said.

Working with Alf Collins (Snr), Bailey Engle and Ben Hayes considered the opportunity to genetically select for stayability, specifically in Brahman cattle. The research considered the performance records of Belah Valley cows from 1988 to 2010, with comprehensive records of yearly mating and calving records.

This allowed the team to determine how many cows achieved the stayability determination of producing a calf by three years of age, and then going on to produce another three by calves by the age of six. More than 5500 animals were included in the study records.

The production records kept within the Belah Valley program were essential in research. According to Dr Engle, comprehensive records are essential to know where cows are at in production, and to make decisions.

“We were very fortunate in the records that Alf Collins (Snr) keeps. Cows were identified not only when they were removed from the herd, but the reason for removal – age – structure – temperament – fertility was noted, so we could see how those animals were tracking on the stayability benchmark,” she said.

The results of the research, as presented to the AAAGB conference, revealed some interesting insights and opportunities for producers seeking to select cows with the potential for greater lifetime productivity.

Across the project, it was found that 71pc of all heifers joined were able to calve successfully. This is a result very similar to the results in the Northern Genomics project. The greater challenge was to determine the success of the rebreeding and progression towards the target of three additional calves to make the stayability threshold.

For those females that did calve as heifers, the re-breeding rate dropped to 63pc. However, of these females that did successfully calve, only 41pc had three consecutive calves – and achieved the stayability benchmark as defined for extensive areas.

When benchmarking these results against the ‘temperate’ performance measure of five calves before six years of age, the number reduced to 29pc.

Considering the numbers from the research, where four in ten heifers are likely to meet stayability requirements in extensive northern programs, the opportunity to develop a selection EBV is of interest to many producers.

However, there are several challenges to the development, even with genomic testing and single-step analysis.

The first is the low heritability of the trait. Stayability has a heritability of 0.13, which is extremely low. However, this also reflects the fact that it is dominated by environmental conditions over a number of years. However, when the team used the data to predict the stayability performance in the youngest group of females, it was found the EBV had an accuracy of 35pc.

This suggests, according to Dr Engle that “it would be possible to increase the accuracy of EBVs for stayability and use it to make selection decisions earlier in life on a female’s future lifetime productivity.”

One of the greatest impediments to the development is the lack of performance records kept in breeding programs. The importance of a reference population in the development of any estimated breeding value shouldn’t be underestimated. However, until those records are submitted for analysis, development will be slow.

The first step for many producers in extensive or more temperate production systems may be to include ‘stayability’ as one of their production benchmarks.

This may be a more valuable record than simply noting longevity. For many producers, knowing the proportion of cows who can achieve their benchmark will be valuable.

Being able to select those females that genetically are more likely to make it, can become a more efficient and effective use of resources.