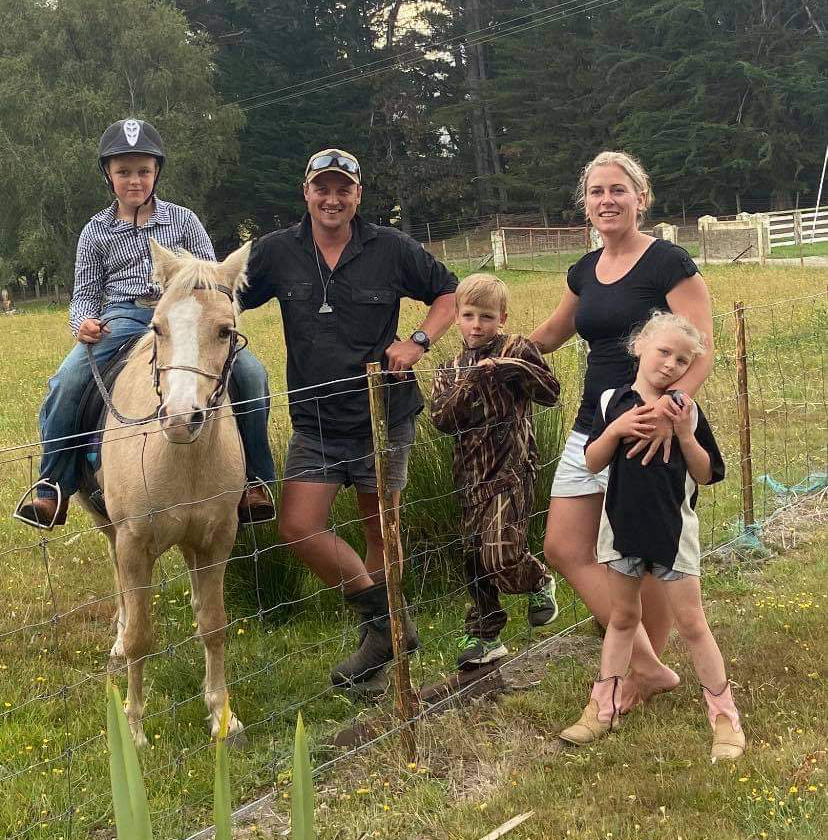 A major farm move has given Kate Pont little time to sit still but she’s glad she did so for a couple of days at AngusNZ’s governance training in Feilding.

The two-day event for a group of young breeders in July included advice on the difference between governance and management – a timely subject for Kate and her family as Waimara Stud takes a big step in its succession planning with the purchase of a farm in Southland.

Kate and her husband Chris recently took over the farm at Wainuka Run in Eastern Bush, alongside Kate’s parents, Tom and Sally. Other family are also involved and invested, living off-site.

Kate says it’s been hectic couple of months getting started and the AngusNZ governance training was a refreshing break, offering insights into business on and off-farm.

“I found it awesome for just re-setting in my brain, what our structure is, especially now that we’re living on-farm with my parents, it’s really easy to blur those lines between who’s in charge and who’s doing what. So, it was perfectly timed to re-think those ideas, but also it re-inspired me to joining the Angus board at some stage.”

Waimara will hold its first standalone on-farm sale next year and Kate wants to do more to lift the stud’s profile. At the governance training she sat in on the presentation of a new marketing plan to the AngusNZ board:

“I came home thinking we could do so much more there with marketing. That’s probably one thing we’re not good at, getting out there and really promoting our bulls and our breeding program. You can easily just sit at home and think that if they’re as good as we think they are then they will sell themselves but in this day that is not always enough. So, I came home and decided that with the recent move and new sale location it’s timely that we do a specific marketing plan.”

It was great to see the awesome work that the marketing team is doing, she says.

“The combination of Anna, Adele, Katie and Tim is so good and it was inspiring to see the direction they are taking AngusNz and how they might be able to help us with our own marketing.”

Kate’s parents leased farms for more than 30 years until a move into farm ownership alongside their three children and partners.

Waimara Angus was founded in 1988 on a small lease property in Te Anau, starting with four cows from the Matanaka stud of Sally’s father, Monty Ericson, and four cows from Cottesbrook. The stud initially bought in five cows a year from Te Mania, put in calf to a Scotch Cap. In 2006 the stud was moved to a new lease at Tumai – a 560ha, summer-dry coastal property in East Otago.

In 2011 Waimara bought 50 cows from Braxton Angus Stud and in 2017, after more than 30 years of leasing, the stud bought its own block – 600ha in Middlemarch on the Rock and Pillar. In 2022 to consolidate Waimara moved to the new Southland farm.

The stud now consists of almost 200 in calf cows and also sells 25 to 30 beef bulls plus yearlings annually. If Kate does become an AngusNZ director in time, she would be following in the footsteps of grandfather, Monty, who himself served on the AngusNZ board.

Kate says the opportunity to attend the Governance Training in Fielding was really appreciated but as well as that it’s always great to reconnect with other breeders and the board. “It’s so good to hear all the progress that is being made with executing our strategic plan and moving the association forward. It feels like really exciting times ahead,” she says.