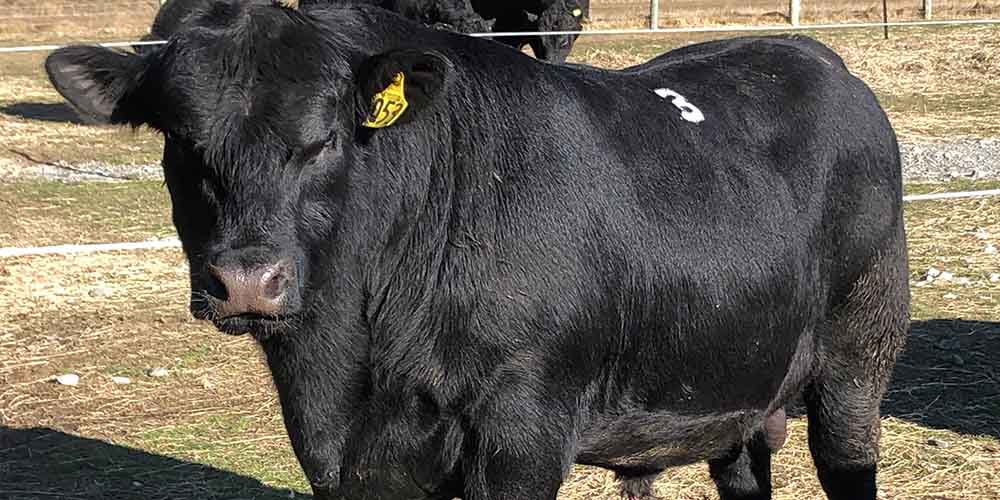 The six-year-old Mt Possession Angus stud sold bulls in the paddock until this year, when 20 were offered on the day and 19 sold, with an average of $11,200.

The Mid Canterbury high country station at Ashburton Gorge was battered by the May 31 storm, suffering bridge, house, road, track and fencing damage.

A big crowd of farmers attended the June 14 sale and three bulls sold on the bidr platform.

For the Whyte Farming Company – joint owners Donald and Leigh Whyte, and sheep and beef farm manager Ryan Hussey and his wife Sarah – the extraordinary price paid for Mt Possession Q53 was a huge tonic after the flood.

Hussey says Q53 has a great combination of performance figures, including two indexes in the top 1% for the breed, being the self-replacing index and the AngusPure index.

He is a home-bred bull sired by Mt Possession M13.

The Mt Possession stud was begun by the Whytes and the Husseys in 2015 with cattle from the Goldwyn dispersal in Te Anau and now has a herd of almost 100 cows and heifers to calve this year.

Meanwhile, Hawke’s Bay Angus breeder Max Tweedie, after paying the top price of the bull sale season so far, achieved a meritorious $48,000 at his own Hallmark stud sale at Tutira.

Hallmark had a full clearance of 33 bulls and made an average price of $9772.

The top price was paid for Hallmark Stirling Q016, by Australian sire Millah Murrah which has not been widely used here.

District neighbour Rolling Rock Angus cleared their 20 bulls offered, averaging $8187, including a top price of $17,000 paid by a commercial farmer.

Earnscleugh Station, Alexandra, sold 82 bulls in total, being Angus, Hereford and composite. The sale average was $6950 and the top price was an Angus for $16,000.