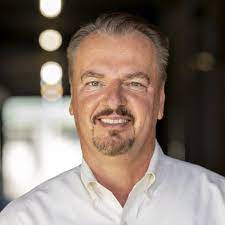 The widely-used GWP 100 metric is not fit for purpose when accounting for the warming impact of methane in countries where methane emissions are stable or decreasing.

This is according to Dr Frank Mitloehner, an air quality specialist and Professor at UC Davis who was a keynote speaker at the recent Red Meat Sector conference in Christchurch.

He says GWP100 is problematic because it converts methane into a carbon equivalent and this overestimates the impact of methane on the atmosphere by a factor of three or four when methane is stable or decreasing – as is the case in New Zealand.

He acknowledged that methane is a very potent greenhouse gas which adds significantly to warming when it is increasing and should be brought under control and managed.

Dr Mitloehner’s call for more appropriate metric to measure methane is particularly relevant in this country where agriculture accounts for around 50 percent of this country’s total annual greenhouse gas emissions.

B+LNZ has long argued that the use of the GWP100 metric means people mistakenly believe agriculture is responsible for 50 percent of new annual warming in New Zealand, and that a metric that more appropriately accounts for methane’s warming impact would tell a different story.

Dr Mitloehner’s concerns about GWP100 in relation to methane were backed by the IPCC’s 2021 climate change report.

Explaining the difference between stock gases and flow gases, Dr Mitloehner said stock gases are long-lived and remain in the atmosphere for thousands of years unlike flow gases which are short-lived.

“Biogenic methane is treated like a stock gas, yet it’s a flow gas. It’s not only produced, it’s also destroyed, so as long as you keep the herd size constant you don’t add additional carbon to the atmosphere and there is no additional warming.”

Carbon dioxide, which is produced by burning fossil fuels, is a stock gas, also known as a cumulative gas. It has to get to net zero to not add additional warming.

Dr Mitloehner drew the analogy of a bathtub.

With the tap on and no drainage hole, the bath will just continue to fill and eventually overflow – as is the case with carbon dioxide.

The GWP* metric, which was developed at Oxford University, scales emissions over time and accounts for the ‘bathtub effect’ of methane on warming of short-lived gases such as methane.

While Dr Mitloehner believes GWP100 will be continued to be used by Governments and other sectors, he says GWP* can be used in parallel, and that countries should start to report on both warming and emissions, so people can better understand what contribution methane is making to warming.

During his address, Dr Mitloehner called on the animal agriculture sector to take the challenge of methane reduction seriously to help address climate change.

“It will not go away, we need to reduce methane and if we do, great things can happen.”

Agriculture had the opportunity to be part of the climate solution, but the way methane was currently measured did not allow that positive picture to come through.

He explained that California had a target of reducing methane emissions from 2017 levels by 40 percent by 2030 and they were well on the way to achieving that. On farms, this was through the use of covers on effluent ponds in feedlots. The covers trapped the methane which could then be converted into biogas.

Californian dairy farmers had received payments to use this technology which had proven very effective, and he much preferred a carrot approach like this, to a stick approach like a price on emissions.

Dr Mitloehner works in research and communications to help the global community understand the environmental and human health impacts of livestock, so that people can make informed decisions about the foods they eat while reducing environmental impacts.

A recording of Dr Mitloehner’s address is available on B+LNZ’s YouTube channel. This article was first published by B+LNZ