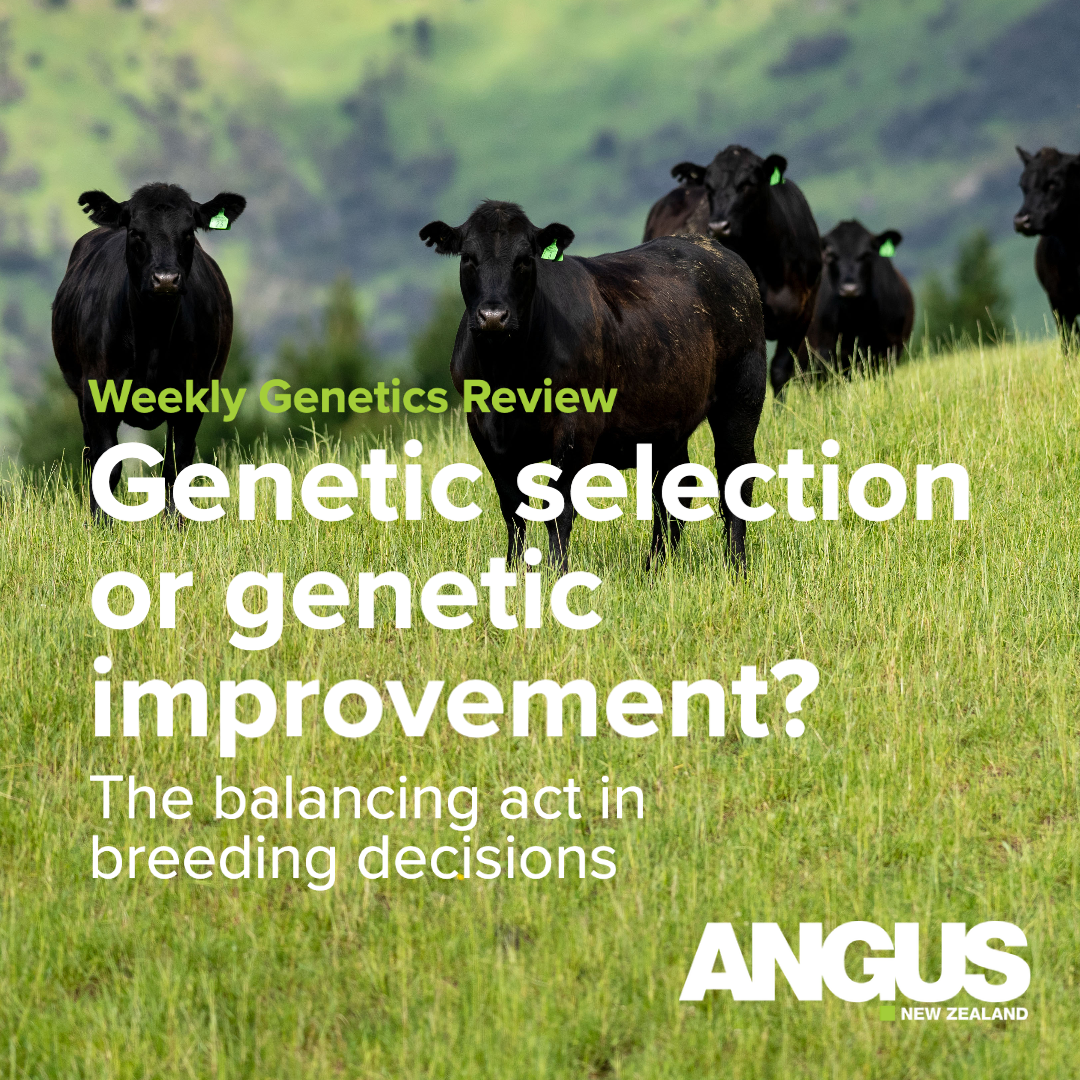 SELECTION is often used as a catch-all term on-farm to describe everything from the choice of bulls, to choosing replacement heifers.

At a broader industry level, the same general terminology is also applied to the process of breeding and breeding decisions. However, there is a difference between selection and improvement. Overlooking these differences can result in breeding programs becoming less efficient of effective in their efforts to achieve the goals they have set for their businesses.

Selection is fundamentally the process of choosing animals based on the suitability they have for inclusion in a breeding herd. These choices are often driven by physical factors.

At a base level, removing animals for physical faults, temperament, or performance results in an improvement of the breeding herd. Animals that are less desirable are removed before they have the opportunity to bring the overall herd performance back.

There are many herds that have achieved extremely high levels of herd efficiency and productivity through this process of physical selection. However, that achievement is the result of not only sticking to the selection criteria, but also having in place an accurate recording system and attention to the details that are recorded.

While selection can lead to higher levels of herd efficiency, making increases beyond what can be achieved after selection within a herd requires genetic improvement. Fundamentally, this is the process of seeking those genetics that have been identified as offering increases on the genetic expression of the traits producers want to see in their herd.

Achieving herd improvement relies on genetic information offered in EBVs or in other programs such as IGS.

Perhaps the greatest challenge that faces many producers is to start seeking to achieve genetic improvement without adequate attention paid to their own selection process. One of the more frequently occurring issues in breeding programs is to see producers investing in new genetics – often for animals identified as leaders in traits or indexes – only to observe very limited improvements in the progeny born on-farm.

There is no denying that selecting sires using EBVs will result in genetic improvement in a herd. However, if the fundamentals of the herds performance have been neglected, or managed with less attention, the investment and overall improvement will always fall short of the desired goal.

As breeders, and as a broader industry, it is important to recognise the difference between selection and improvement. If genetic improvement is the goal of a breeder or the industry, that goal has to be grounded within a herd that is already running a consistent process of identification and selection of animals as well as maintaining an accurate system that allows measurements for efficiency and productivity.

Potentially, this places some pressure on the broader industry, including seedstock breeders, breed societies and others involved in providing and promoting genetic improvement.

There is a responsibility to ensure that the tools for genetic improvement, such as EBVs, are used for that purpose. Selection though EBVs will not overcome issues associated with structure, temperament or suitability to a location as well as physically choosing an animal.

It can be very easy, and often very exciting to highlight the genetic potential of new sires.  However, no matter how good a sire’s potential is, used in a herd exposed to a selection process that is less than rigorous, that sire’s progeny will never reach their full potential.

While those progeny will be better than the average of the herd, it is hard to justify the investment in those genetics.  Improvement without selection is both costly and hard to justify.

While there are still several months until the commencement of spring bull selling season, now is probably the time for producers to stop and consider their own positions. Taking time to consider the rigor of their selection process, the records and information they have will go a long way to determining how effective a genetic improvement program may be.

Without that selection rigor, improvement becomes just that much harder and slower.