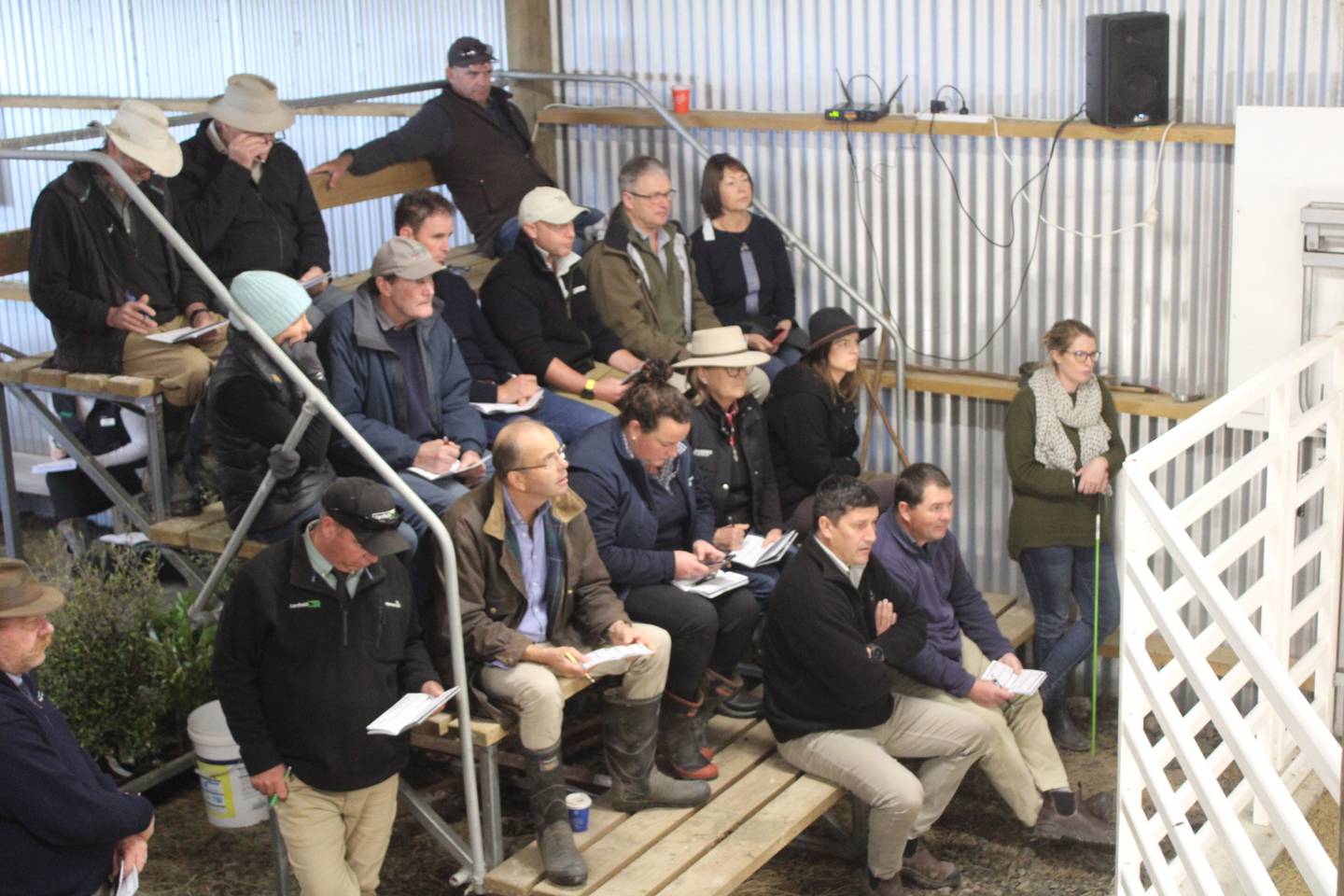 Thirty bulls were on offer and the average price was $8000, in what farmer Willy Philip described as “a good sale”.

He said his stock were in as good a shape as the climate would allow, with a dry patch in Autumn spoiling a really good spring and early summer.

Bidding started vigorously as the first-choice bulls were put up for sale, the top five selling for in excess of $9000 each, peaking at $16,000 for lot three, Dandaleith Ashland 14.

However, the top price came slightly later in the sale, when strong bidding for another Ashland-sired bull soared to $20,000. Willy Philip was thrilled with the price for Dandaleith Ashland 38 – the highest at his sales in several years.

Bidding came from throughout the North Island, with local farmers active, and the sale was streamed live by bidr across the world with particular interest from China and Argentina – although no sales originated from those sources.

Willy said he was pleased the sales were going well – he took over the Dandaleith operation from his father, who established the stud in 1950 and named it after the stud in Scotland run by his father. The tradition continues strongly.