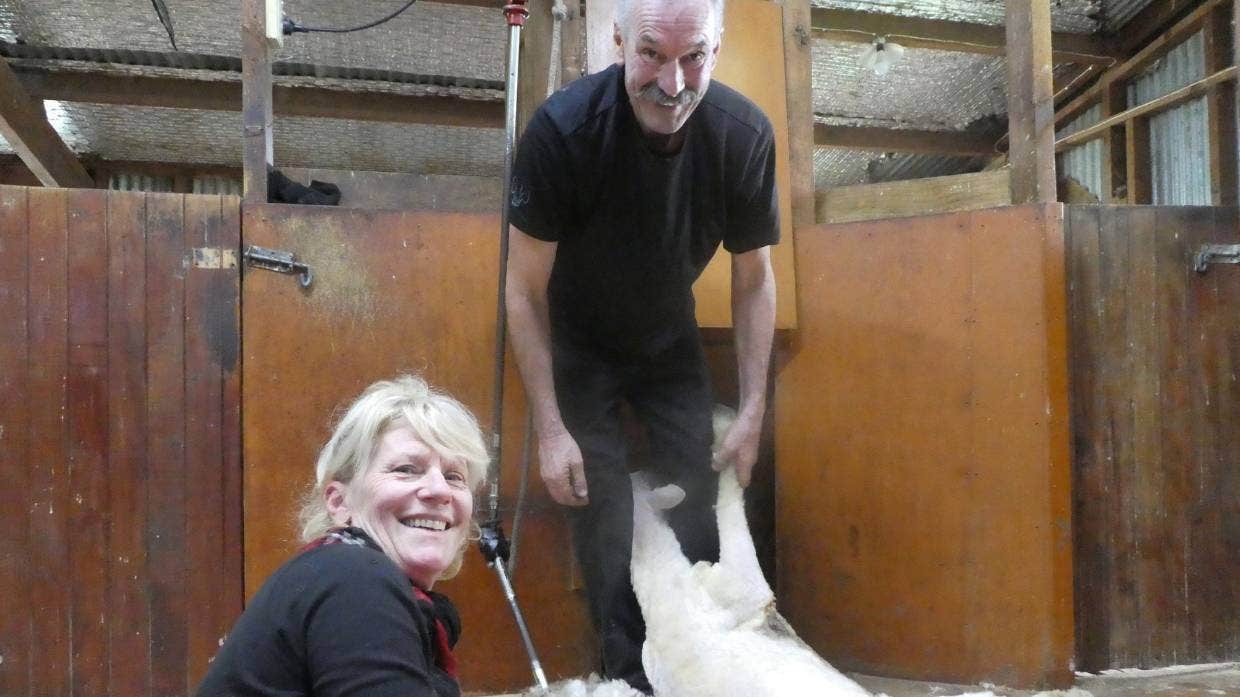 In a sense, Alan and Cathy Donaldson have come full circle on their farming journey.

Two of their three children are carrying on the family legacy. But the next generation are putting their own spin on their farming careers and the Donaldsons would not have it any other way.

“We started making money out of shearing sheep and now we have got my daughter growing sheep that don’t even produce wool,” laughs Alan.

The Donaldsons’ daughter, Jessica, breeds wiltshire sheep, a breed that sheds its fleece. The irony of former shearers owning sheep with no wool does not escape Alan but then he and wife Cathy have always been willing to move with the times.

The couple bought their first farm in Taumarunui with their shearing proceeds, and started farming sheep and cattle. As their family grew, they realised son Tom and Jessica also had an interest in farming and they bought more land.

“We just worked out that we need to create space for them and ourselves if we all want to be part of the industry,” says Alan.

While he and Cathy enjoy having their children – and now their grandchildren – joining them on their four farm blocks, Alan says the choice was always theirs to make. Their eldest son works as a mechanical engineer in Auckland.

They encouraged the next generation to work on other farms to ensure it was the right decision for them.

“We just made sure they came back on their own terms and wanted to be part of it,” says Alan.

Tom, Jessica and their respective spouses manage their own blocks but it is a co-operative effort.

“We all share our resources and we help each other out,” Alan says, adding that a little sibling rivalry creates some “good healthy competition in the workplace”.

While the family have long farmed beef – including an angus cattle stud – and sheep on their properties they also understand that the farming world is evolving.

“We are always open-minded to change or a new direction if we need to take it, including environmentally. With any weather patterns that are changing, we try to look at different ways of farming around it and moving forward.

“There is no point in complaining about a drought every year or a cold winter every year. You have got to do something about it.

“We are very open-minded to any changes, even in our farming programme,” says Alan.

Which is why when Tom and his wife, Louise, proposed opening a glamping site on the block of land they manage, the Donaldsons could see the promise of such a venture.

“Definitely with tourism with the Whanganui River, we have encouraged it. Taumarunui, little town that it is, it obviously struggled some years ago.

“I have noticed with tourism coming into town it has actually brightened the place up and it has got a lot more foot traffic now, and people obviously spending money in town, which is great for a small community.”

Tom says that when they bought the farm block, they instantly recognised its potential as a tourism destination with its proximity to Ruapehu and the Whanganui River and its spectacular views.

“There is about a kilometre of river frontage you can walk up and down. Little sandy beaches all the way and little hidden spots, all private.”

Guests can fish, swim, canoe, kayak or just take in the scenery. They can even jet boat to nearby attractions, including a lavender farm and the Blue Duck Station cafe, which also recently featured on Country Calendar.

Glamping, a portmanteau of glamorous and camping, is a way of enjoying nature without having to forgo too many of life’s little luxuries.

“There is a shower and a toilet, everything is within the tent itself. You don’t have to go outside to go for a shower. It is not a separate building, the tent holds everything.”

The Donaldsons sourced their glamping tent from South Africa and Tom says it is the only one of its kind in the country.

“It is what they call a stretch tent. The shape and the look of it is different.”

“We pretty much opened and then we had to shut down again, obviously for lockdown.

“And then we opened for a little while after lockdown, had a few people through and then we closed again for the winter, for a couple months over winter, and we have only just reopened again,” says Tom.

They don’t plan on adding any more glamping tents to that specific site as they want to retain the atmosphere of seclusion and privacy.

“We do want to keep that feeling of you are on your own out there, which is really special.”

Watch the Donaldsons of Puke-Nui Angus on Country Calendar here