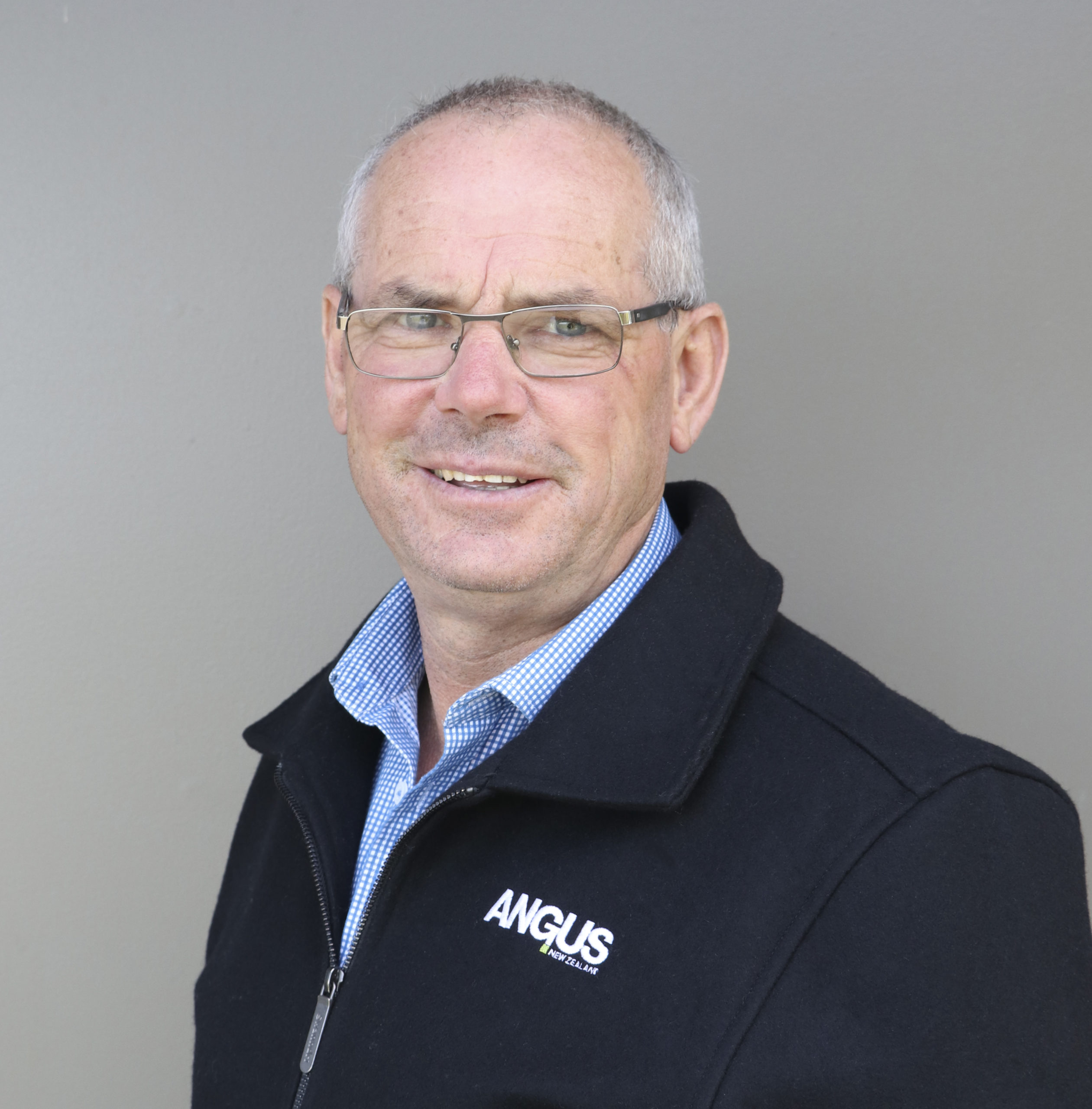 What’s your role with AngusNZ:

President and leader of a team of equally passionate breeders where we try to achieve outcomes that will stand the breed and the society in good stead for the future.

What’s your stud prefix and where do you farm/live?

Farming in Clinton, South Otago. We are 120km south of Dunedin, still in Otago and on the fringe of the Catlins.

Tell us a bit about your Angus stud?

Cows have played a bit part in the development of Delmont, which was a rehab farm following World War II.

My father realised that the Angus cow was the best forager with the ability to get back in calf year on year, which helped the cash flow.

Our Angus stud was formed in 1963 by my father Stuart. It was initially a sub-section of 400 breeding cows, but today all the 250 cows on Delmont are registered and performance recorded.

Our breeding philosophy has always been, to breed a well-balanced breeding herd over multiple traits, keeping an open mind to the science available and the markets to which we are selling into.

We are now selling about 25 yearling and 30 two-year-old bulls annually and have just celebrated our 21st on farm sale this past selling season. The stud looks set to be run by the third generation, our son Jono, as I step back and look forward to semi-retirement.

What motivated you to become involved in the breed at a leadership level?

I became a board member of Angus in 2015. The breed has been very successful because there has been good people willing to give of their time to administer all the things that largely go unnoticed behind the scenes, without this very necessary support it would not take long for all the good that has happened to start to fall off.

I wanted to make sure that the next generation of breeders would continue to have the support that we have been afforded and I believed I had some skills to offer. It only takes good people to do nothing before the trickle down occurs.

What challenges you about your involvement with AngusNZ?

The lack of real engagement from most of the members, this shouldn’t be seen as specific to Angus NZ, because I believe it effects organisations everywhere we look.

We need to spend some time developing awareness and education programmes to build strength and understanding of our future needs, embrace change and make the involvement exciting to be part of.

What inspires you or gives you the most pride about your involvement with the breed (from a leadership perspective)?

The success that breeders are having in the market. We take real pride and time, that the decisions we make today will influence the future of tomorrows breeding decisions. The greater influence of sound science-based technology that is becoming increasing accurate as the data base increases.

We need to continue to embrace change and market the ‘breed” to as wide an audience as possible with a positive story about the achievements the breeders and this breed are having.

What values drive you?

A culture of honesty, trust and transparency are important values I hold, without these you are unable to form relationships at any level. I also like my gut instinct and if it doesn’t feel right then either modify it or withdraw. Giving responsibility to other people helps lighten the load and increases the capability of the team approach for collective accountability. And importantly, don’t forget to be able to have fun and enjoy what you are doing.

What would you like to see occur (or become a reality) for the Angus breed in NZ in the next 5-10 years?

For the Angus breed to become a “Brand Champion” recognised as “Gold Standard” in the industry.

Partnerships formed with related parties for the betterment of all involved. With the world authorities and customers demanding a story of sustainability, authenticity, and safety of product, we should be using our data in collaboration with industry and marketing experts to tell our very proud pasture to plate story.

What do you enjoy doing when you’re not farming or working on behalf of AngusNZ? What are your hobbies/interests?

I’ve enjoyed being involved in our local community, something I think was passed down inherently from my mother and father. I’m a community enthusiast, and interested in making things happen in the community, that has often led to leadership roles of which I’m proud to have been part of.

I have enjoyed snow and water skiing and managed to be a bare foot water skier in my earlier years, bursting my eardrums on one occasion, just before I was about to head on an overseas holiday -I still managed the holiday. Boating has always been a big family attraction and I still enjoy getting out in the boat as often as time allows for fishing.

Watching our children play sport at different levels was something I always tried to make time for as well.

I just started enjoying riding a push bike again and have discovered it is even easier with battery power assist!  We have just recently bought a caravan and we hope to travel leisurely around the country with our bikes on the back, so look out for us pulling up your driveways.

If you could invite anyone (dead or alive) to a dinner party, who would it be and why?

For a motivational speech I really enjoyed Gilbert Enoka at our recent Angus conference, he was raised in a very challenging environment and managed to come out the other end with some enlightening stories that were worth listening to, it was thought provoking and some great take home messages. One I particularly liked was: “Sometimes you have to feel uncomfortable, to make a good discission.”

On a humour front I enjoyed watching Billy T James reading the 6 o’clock news and appreciate his ability to make us laugh at ourselves.