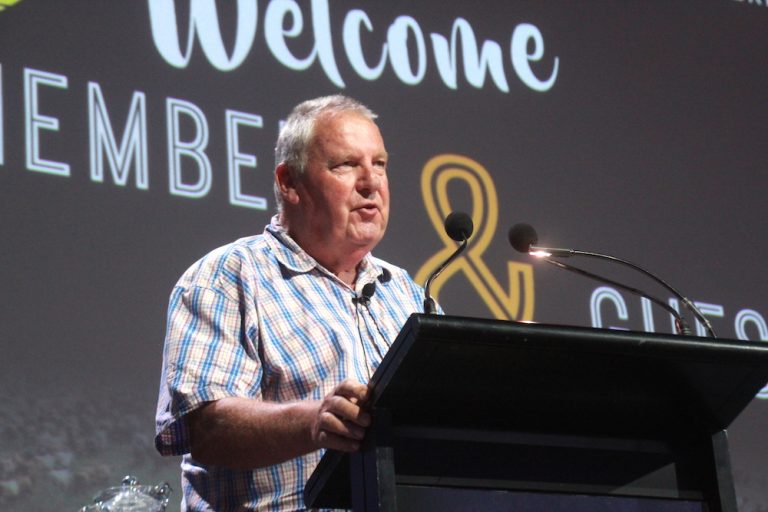 Whatever readers’ views are on that topic, I would like to address the next step in the process – the delivery of that semen into the vagina of the beef female.

No matter how good the semen quality is, it is irrelevant if it is not delivered on time. There is a range of reasons why that may not happen, including low libido, arthritis in the back, hip or hock joints, injury, intimidation from dominant bulls and, of course, penile issues.

I will concentrate only on penile issues in this article for the sake of not outstaying my welcome.

The main penile issues in beef bulls include fracture (broken penis) which is mostly seen in bulls during their first mating.

Locating the vaginal opening for a bull is a tactile event. They mount initially and then seek the opening by feel from the tip of their penis in initial thrusting. When they think they have got it right, there is the final thrust accompanied by ejaculation. If they haven’t got it right, the erect penis can spear into the rear end of the female and invariably snap because of the blood pressure involved, amongst other issues.

I have yet to see a bull recover from this event and go on to become reproductively sound. I have always been reluctant to declare a bull sound if he spends all of his time in a serving ability test thrusting and seeking the vaginal opening with no successful ejaculation. This is referred to as a lack of mating dexterity, but I have no data on the relationship with this and broken penises, as I cull them. They may be no more than two to three percent of any given commercial bull battery.

This is a vexed issue in young beef bulls that have never had a natural mating, as it may just be sexual inexperience. I have always had difficulty with this.

As well, there are the penile deviation issues, of which there are three identified in the scientific literature on this subject – lateral, ventral and spiral. I have never seen a lateral deviation in a bull over some forty years of testing thousands of bulls. I have seen some ventral deviation (rainbow penis), but I have seen plenty of spiral deviations (corkscrew penis) – far too many, in fact.

To begin to understand this issue, a little anatomical knowledge is required. The bovine penis is comprised of two layers, upper and lower, if you like, and they are joined by a ligament. Spiral deviation is a function of that ligament tearing and breaking down, which requires a natural mating to initiate and that is why you never see this condition in unmated bulls.

As the ligament continues to tear, the structural integrity of the penis deteriorates and spiral deviation appears, mostly continuing to get worse with every subsequent mating. The conception rates achieved by affected bulls gradually decline, but amazingly, even when bulls that corkscrew every time are mated, conception rates of up to 10pc can still be seen occasionally. I cannot explain that.

Now it gets technical. For years, my mob have mated their herds for six weeks only with 2pc bulls (one to fifty females). We are now at the point of changing to a four-week mating for heifers for a few years and then down to three, but the reasons for doing that go beyond the scope of this article.

It depends on your attitude to herd profit drivers. We take it seriously and want at least 70pc of the calves dropped in the first cycle from a six-week mating, because of the impact on weaning weight, which can never be caught up if it is deficient. Therefore, every bull mated must be reproductively sound at the start of mating, especially if the mating span is contracted.

Is spiral deviation a genetic issue?

Apart from the evidence in the literature, a combined team of CSIRO/UQ workers identified the gene marker for this condition some years ago. You cannot identify a gene marker if the condition does not have a genetic origin. Unfortunately, their work focussed on one breed only and to finish it off, we need confirmation that the gene marker applies to all breeds.

No enthusiasm for that, I’m afraid, from the R&D committees, as they have deemed this to be an insignificant problem. Well of course they will when almost none of them conduct an annual bull breeding soundness evaluation (BBSE) in their herds, if they have one.

It is almost impossible to diagnose this condition accurately in bulls if the only evidence that you have is observation of paddock mating behaviour. Check the literature. Almost all significant bull/female mating activity occurs one hour either side of first light. So when you drive down to the mating paddock after smoko and a bull is sitting there under a tree quite content, with a couple of females ‘bulling’ in front of him, what do you conclude? He is a dud? Sorry, the chances of your call being correct are remote.

Further, I am not sure how many R&D cheque-book holders have done any critical work on the financial impact of this condition on the herd. I have not seen any evidence from them yet to justify a zero spend.

Unfortunately, some seedstock producers continue to deny a genetic basis for this issue, claiming it is down to management. Unfortunately, the evidence to support that viewpoint does not exist.

On my data, I have spiral deviation of the penis sitting in the low teens in percentage terms, for the reason for culling herd bulls in an annual BBSE evaluation, which agrees with the literature. This is in polled breeds. The prevalence in horned breeds would appear to be much lower at 2-3pc, but none of my mob use horned breeds, so I have no data.

I cannot explain why that difference exists and what the horned gene has to do with it. Maybe the geneticists can contribute here.

Despite having, I think, a fairly sound understanding of the science behind this condition and its financial consequences, I have never known exactly when to cull a bull that corkscrews. What if he enters the serving ability yard and corkscrews on every serve? Probably little doubt there – cull.

But what if he comes in, corkscrews on the first serve and then is given two or three more opportunities to serve and shows no sign of it? What if he corkscrews only every second or third serve? I have always taken a hard-line approach, culling any bull that corkscrews, even if only once. My justification for this approach is that I know from the literature that it is a progressive condition, but I do not know how rapid that progression will be in any given bull. A bull that corkscrews only once, may corkscrew every time the following year, or he may not.

Unfortunately, almost nobody understands the arithmetic and biology of what happens in the mating paddock (researchers included). All it takes is a few hours with a spreadsheet and some knowledge of bovine reproductive biology and it all becomes clear. It is all about the first ten days.

If you begin mating at two pc bulls, by day ten, the effective mating pc will be three pc as a function of fewer cycling females presenting. By the end of a six-week mating, it will be eleven pc.

That explains to me at least why the majority of mating paddock bull injuries occur later in mating; not enough action to keep them apart, so fighting begins. The only evidence I have for this view is anecdotal, but it would not be hard to collect more objective evidence. As well, it raises serious questions about the wisdom of replacing an unsound bull after the tenth day of a syndicate mating.

Just remove and sell the poor blighter as invariably, there will be enough bull power left without him.

But back to the first ten days. Every bull needs to be absolutely fully sound reproductively for that period and after that, the pressure comes off. As well, recent DNA research has shown that the majority of calves born result from the activity of just a handful of sires, even more evidence for the need for every bull to be fully sound.

I am grateful to Sally White and her recent Beef Central article to open discussion on bull fertility and encourage me to put my thoughts and experience on this issue out there.

Sally’s priority is to ensure as far as possible that all sale bulls are reproductively sound. The important issue for me is what follows from that; the annual BBSE evaluation (no semen testing in my case), where all my mob follow that up with a herd syndicate mating.

If any of them wanted to conduct a single-sire mating, I would urge them to read Sally’s article and heed her advice on semen testing, both at the point of purchase and subsequently if a single sire mating were to continue. I cannot understand why any cattle breeder would want to single sire mate a bull in a commercial herd – it makes no sense to me if herd profit is the motive.

To conclude, it is important to state that the above is a function of my activity with Bos Taurus bulls over many years.

I have never subjected Bos Indicus bulls to a BBSE, so I cannot comment on them other than to say I do know that semen testing is very important with Bos Indicus. It is also important to state that I no longer conduct BBSE testing. I am now too old and slow to get out of the way in the yards and crush when it is necessary; it is a younger man’s game.