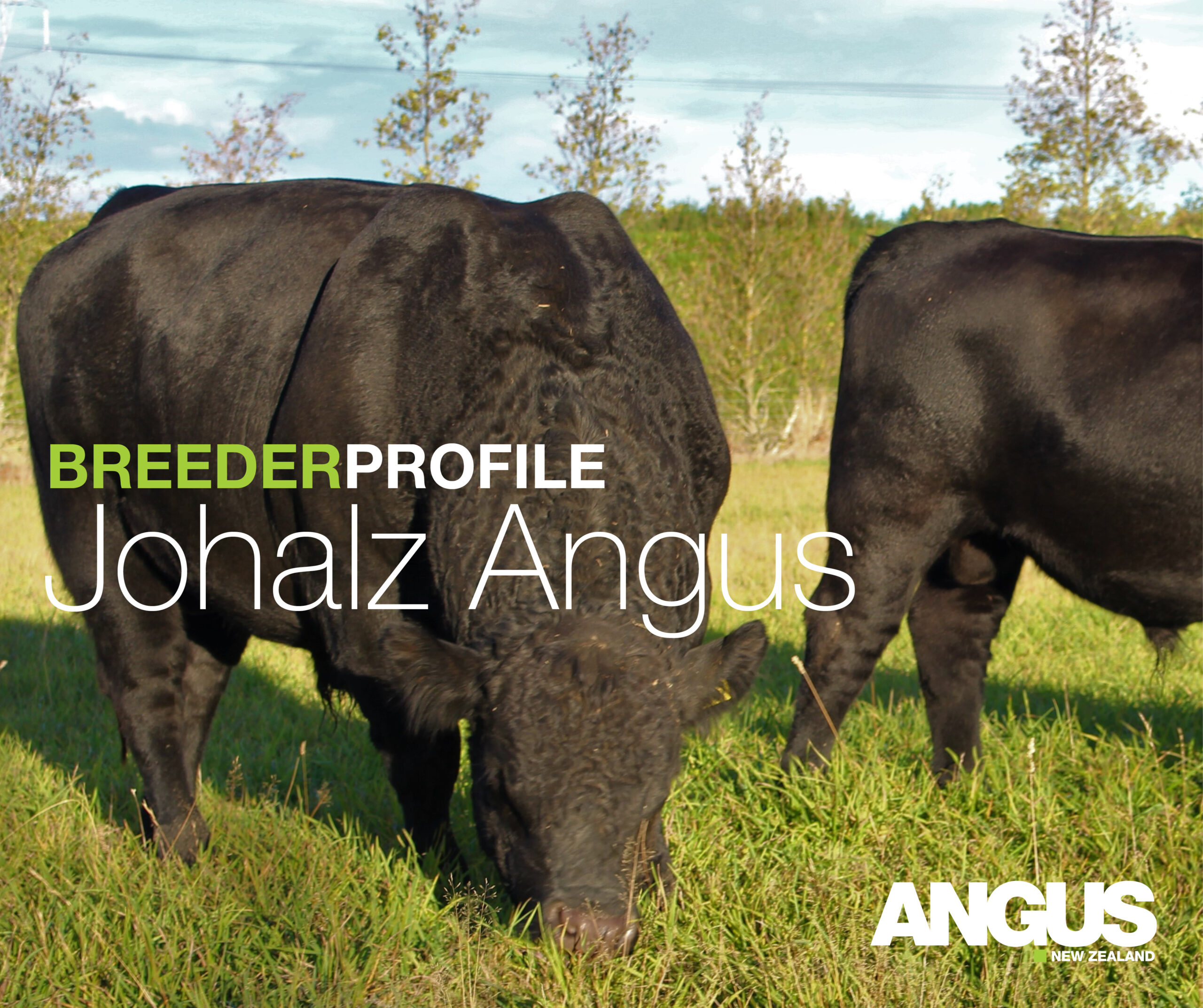 Raman and Shainaz started Johalz Angus in 2016 while living on a lifestyle block at Swannanoa, on Christchurch’s north-western fringe. The couple initially bought five in-calf heifers from Peter Heddell, Glen R Angus, rearing young stock as a hobby until their Swannanoa herd outgrew the place.

Now they’re at Dunsandel, about 30 minutes south of Christchurch, where they have an irrigated 50ha unit and lease two dryland 25ha blocks nearby. Raman grazes older stock on one of the lease units and Shainaz rears about 30 Hereford-Angus cross calves on the other.

Raman, who has crop-farming background in India, moved to New Zealand as a student in 2012 and he’s now a fulltime mechanic while Shainaz is in banking, working from home. “I’ve always been with the land. They say, ‘ you take a farmer out of the farm but you can’t a farm out a farmer,’” Raman says. Shainaz, on the other hand, was a city girl who had to learn everything about livestock and country living.

It’s a juggle combining day jobs with family and farming so Raman and Shainaz breed for easy-temperament, as well as calving ease and good growth rate. “Having animals that are six years old, we don’t want any that are hurtling over the back fence and we don’t have any place for such animals on our farm,” Raman says.

The stud continues to have a relationship with Glen R and has also used Timperlea Angus. Last year Raman and Shainaz tried AI for the first time, buying bull semen from Mt Possession and Earnscleugh Tussock. They would love to one day have more stock on a larger property “but for us, it’s not like we want to have a zoo. It’s more likely quality over quantity,” Raman says.

“Moving from our home country to New Zealand and starting farming here without family backing was not an easy journey and we had quite a few obstacles where some did not take us seriously, but in saying that I would like to say thank you to those Angus breeders who believed in us and provided their support and helped us get started. I personally would like to say thank you to Peter and Helen Heddell for providing us a massive support and introducing us to the New Zealand Angus breeding world. Even though it was not easy especially when we’re working full time breeding Angus because we are crazy and passionate about our animals. Breeding is really fun, especially introducing new genetics around AI time.”

Raman and Shainaz rotationally graze on mixed pastures and in winter they’re on winter feed – rape, kale and oats. They do a soil test every year and apply fertilizer as required. At the moment they’re researching the possible benefits of introducing dung beetles.

Though Johalz Angus is small compared to most NZ Angus studs, it sells privately to dairy clients around the South Island and last year secured some commercial customers from the North Island who bought Johalz Angus bulls.

Raman hopes that one day they’ll be big enough to justify an on-farm sale. “The hard part is the set-up but once you’ve got your farm set up it’s quite enjoyable breeding animals, with the new genetics and looking at the calves that you produce,” Raman says.