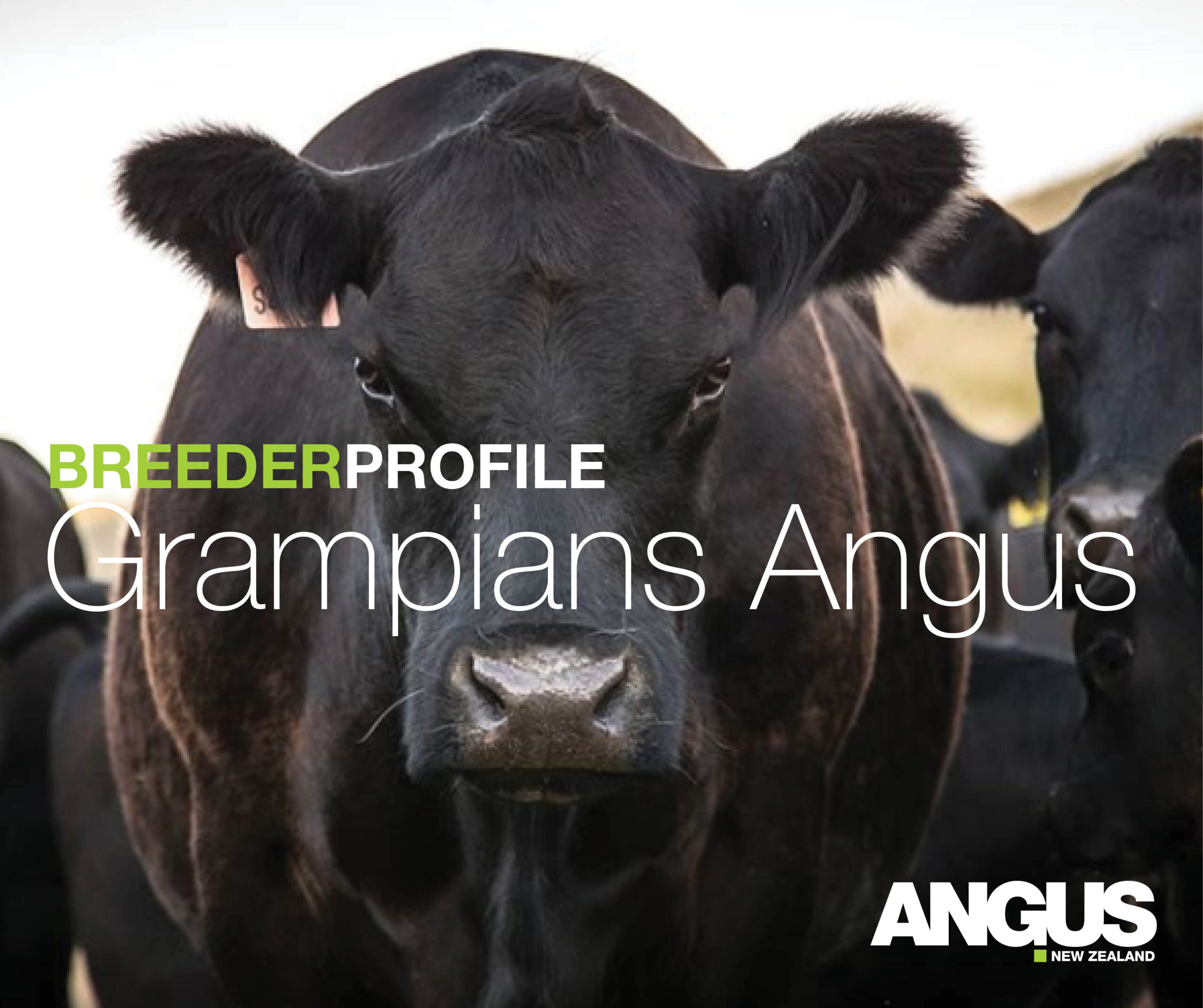 Jono and Sarah Reed with their children Hank 6, Greta 3, and Alba, 1 farm ‘The Grampians’ in a company with Jono’s parents. The property is 3200 Ha with a big range of country from 40 Ha of irrigated flat, river downs to high country climbing up to 1600metres asl.

Grampians is in North Canterbury in the Hurunui district and Jono and Sarah are involved in the community with various clubs and events that they try to support and be apart where they can.

“We are very lucky to live in a great rural community in North Canterbury. We are lucky to be well supported locally as well.”

Grampians farm Angus cattle and Merino sheep with Sarah recently starting a business called ‘The Grumpy Merino’. She is marketing their own Merino wool clothing with the help of European clothing producer ‘Devold of Norway’. This is an exciting new venture that is gaining traction as people are preferring to support local and want to know where and how products come about.

“It is important to maintain our sustainable, ethical farming ways.”

Grampians Angus was established in 2003 with the help of Neil and Rose Sanderson through embryo transfer. As well as ET work, Jono and Sarah purchased cows from dispersal sales and production sales throughout the country. Cows were obtained from; Matahiia, Kahuitara, Fossil Creek, Kenhardt, Turihaua, Matauri, Floridale, The Downs.

Apart from ET work and purchasing females Grampians began screening what they considered the elite cows from their 600 Angus cow commercial herd. These cows had already ticked most of the boxes they required in that they had; weaned a decent calf as a 2yr old and every year thereafter, as well as being run in a challenging environment. They also have been bred by moderate meaty bulls selected to do this job.

By having a range of registered genetics, it has allowed Grampians to see which programs and bloodlines fit their objectives. They have waded through plenty of cattle and have been left with the most suitable. These registered cattle have also provided a much-needed benchmark for their screened cattle (PRAC cattle). These linkages have also helped them produce more accurate breeding values.

Grampians now has a mix of both registered and PRAC cattle. Over the last few years, they have mated the cattle strictly on their merit and have used the most suitable bulls regardless of their registration status. The goal is the same and hasn’t wavered; Grampians are striving to produce the most suitable and profitable cow for their environment. Therefore, it is critical that she is designed and produced in their environment.

“By no means do we expect our cattle to be the best at everything, but we do expect them to perform in our own unique New Zealand hill country systems.”

This year Grampians will tag over 300 recorded calves. From this drop of around 150 bulls, we will continue to promote one of the most valuable breeding tools – culling. At weaning they will be docility scored and anything unsettled will get castrated as well as any poor calves. This will get the numbers back to 120 or so. They are then run as one mob through to scanning in October. They will then scrutinize them for structure and type/ constitution or ability to thrive in the mob. Also, anything with undesirable data, e.g. High birth weight or MA cow, or low fat for example will be removed.  40 – 50 will be sold into the dairy industry leaving 70 – 80. They then aim to use as many of the top yearlings as they can over their stud and commercial cows. These are only used for one cycle. From there some will fail to bounce from being used, some will show structural issues that may have been missed and a few get injured. By making these young bulls jump through a series of hoops to make it to sale Grampians can put forward the most suitable and reliable group for sale.

“I would love to keep culling but you’ve got to stop some where I guess! That number will be somewhere around 50 sale bulls. Through screening and harsh culling, insures when young sires leave the property with the “Grampians’ brand on them it stands for something. The goal is to be able to sell bulls that carry the same characteristics. This may mean you either like them or you don’t, but people should be able to say what a Grampians bull is like.”

“When it comes to breeding values, it may appear that we are not avid followers but this is not the case. EBV’s are very important in a situation like theirs. The objective of EBVs is to compare animals with the environmental influences removed. Our calves are born late, used as yearlings and sold at around 650kg average. If we didn’t have these comparisons to other programs, our cattle wouldn’t stand a chance. Although I do think when using EBV’s one does need to use his or her best judgement. 2yr old bull’s data is prone to change when used in a recorded situation. For instance, when viewing a bull with high growth and MA weight on paper, but in the flesh he is very mature and small in stature. He would tend to moderate in those traits overtime. On the other hand, if he is a coat hanger and towers above the rest it would suggest the data rings true. We try to capture as much information to build the best picture possible of an animal. Genomics is another tool available to us, so we have been HD50k testing our whole calf drop for the last few years. It is important people continue to use all the tools available to them. Your eyes are still very much a valuable tool.”

Jono says the Angus breed has put a lot of energy into breeding, measuring and promoting carcasses of late and good gains have been made. In turn maternal improvement has been neglected.

“I am very excited about the potential left in the Angus cow. Most of our maternal indicators that matter at a commercial level are either poorly recorded or not measured. We have so much left to find out about the most productive and profitable beef cow. We all have cows in our herds that are always in the top group for condition, rebreed early and wean a top calf over multiple years. We need to be able to identify these gems and put a number on their performance. This is my passion and when I see the gains made in the Romney breed over the last 30yrs, there is good reason to be excited.”